Lee Ufan, born in 1936 in Haman (South Kyongsang province in Korea), is a Korean minimalist painter, a sculptor artist and academic, honored by the government of Japan for having "contributed to the development of contemporary art in Japan."

The art of this artist, who has long been based in Japan, is rooted in an Eastern appreciation of the nature of materials and also in modern European phenomenology.

A pioneer of the Japanese Mono-ha (School of Things) movement, Lee Ufan arranges his installations and sculptures to emphasize the equal relationship between the artwork, the viewer, and the space, a philosophy best illustrated by his “Relatum” series, a series of stretched canvases on the floor, each topped by a single stone.

Ufan uses materials including glass, steel, rubber, and stones in shades that are usually subdued and often monochromatic. His paintings exhibit a similar logic, applying muted color on a light, plain background in a style reminiscent of East Asian calligraphy, whereby the brush stroke fades as it ends. 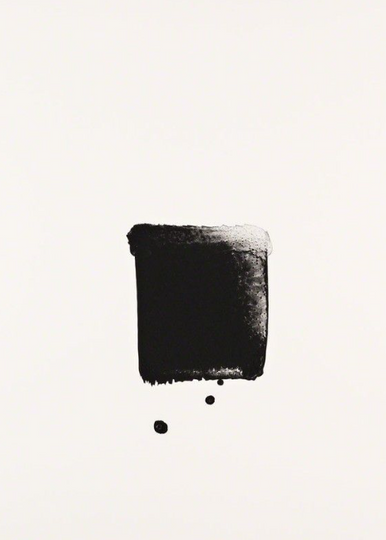