The painterly abstraction of Sam Francis is most often associated with the American Abstract Expressionist movement, but Francis also spent a great deal of time in Paris and became linked with the parallel movement of Art Informel in Europe.

Francis’ most iconic works are characterized by saturated splashes of color that populate the edges of the canvas in order to emphasize the luminous white void in the center. This contrast between the vibrancy of Francis’ color palette and the austere white picture plane demonstrate the artist’s concern with relationships of space, color, and light, as opposed to the psychologically expressive tendencies of contemporaries such as Jackson Pollock. 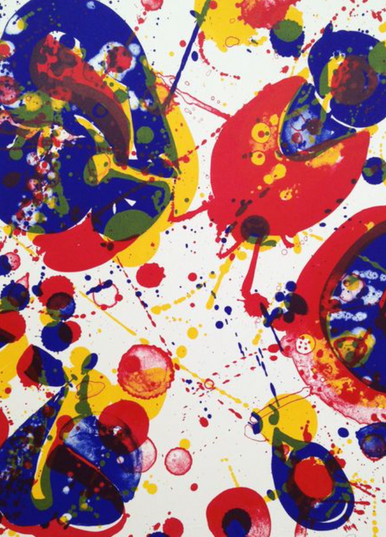