Paik recognized the TV as more than a content delivery mechanism in works such as Zen for TV, a broken television broadcasting only a horizontal line across the screen. He created numerous robots composed of television sets, produced a synthesizer that allowed him and others to manipulate electronic imagery in real-time, and made the first video collages with found imagery.

Coining the term “the electronic superhighway,” he imagined a world in which human beings near and far would be connected through radio waves and television broadcast channels—in many ways predicting the internet. 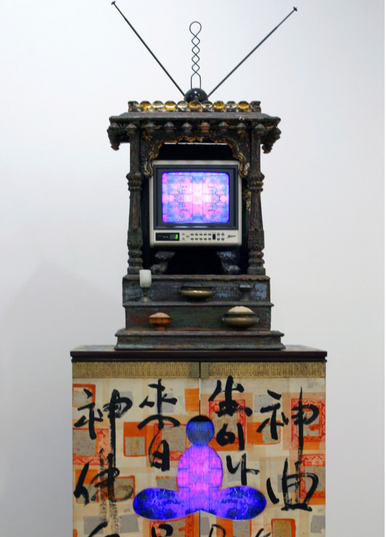