Hans Hartung (21 September 1904 – 7 December 1989) was a German-French painter, known for his lyrical abstractions and involvement in the Art Informel movement.

Hartung’s idiosyncratic paintings and lithographs were created with distinctive swirls, scribbles, and hatch marks, he made by scratching, erasing, and reapplying pigment.

In 1947 in Paris he had his first solo exhibition. By the late 1950s he had achieved recognition for his gestural paintings, which were nearly monochromatic and characterized by configurations of long rhythmical brushstrokes or scratches.

In 1960 he was awarded the International Grand Prix for painting at the Venice Biennale.Hartung's freewheeling abstract paintings set influential precedents for many younger American painters of the sixties, making him an important forerunner of American Lyrical Abstraction of the 1960s and 1970s. 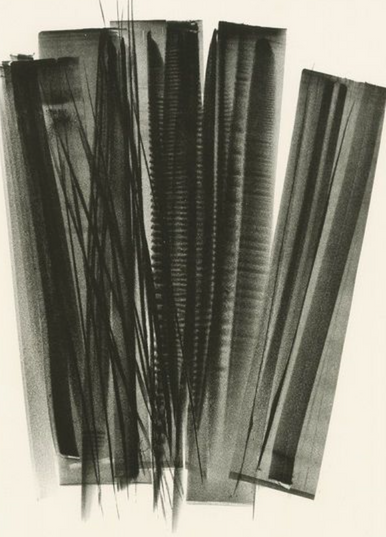