Bernard Buffet (10 July 1928 – 4 October 1999) was a French painter of Expressionism and a member of the anti-abstract art group L'homme Témoin (the Witness-Man).

Buffet was born in Paris, France, and studied art there at the École Nationale Supérieure des Beaux-Arts (National School of the Fine Arts) and worked in the studio of the painter Eugène Narbonne. He met the French painter Marie-Thérèse Auffray and was influenced by her work.

He began to publish full-fledged works at age 18 and won the Critic Award at age 20. Since 1948, he has been widely known in Paris and has held more than 50 exhibitions in various parts of the world since 1949. His works include <Kiki the Girl>, <Portrait of a Painter>, <Butterfly>, <Clown with a Waterdrop Tie>, and <Ecorche>. 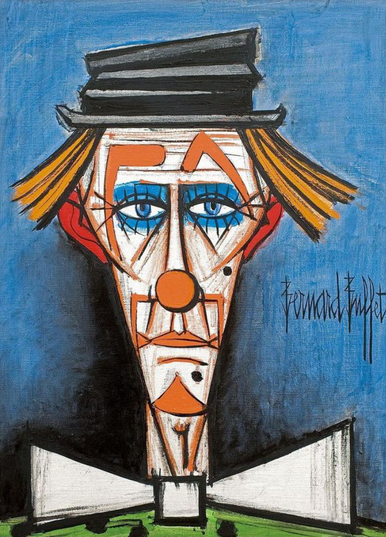