Bernar Venet (born 20 April 1941) is a French conceptual artist who has exhibited his works in various locations around the world.

After several attempts at gaining a formal education in the arts, he worked as a stage designer at the Nice Opera in 1959.

In 1961, Venet joined the French Army whilst also starting to establish his style as an artist. During this period, he painted with tar, creating his art with his feet in a gestural style.

This work eventually developed into black monochromatic paintings which eschewed all forms of action painting.

After completing his military service, Venet returned to Nice, where he established his studio and continued to explore painting with tar, creating art with coal, and photography. His first sculpture, Coal Pile, has a restrained and minimal quality. 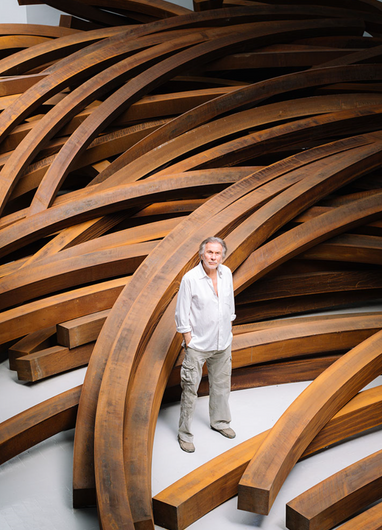