Yoshitomo Nara (born 5 December 1959 in Hirosaki, Aomori Prefecture, Japan) is a Japanese artist. He lives and works in Tokyo, though his artwork has been exhibited worldwide.

Nara has had nearly 40 solo exhibitions since 1984. His art work has been housed at the MoMA and the Museum of Contemporary Art, Los Angeles (MOCA). His most well-known and repeated subject is a young girl with piercing eyes.

Best known for his paintings of children and animals that appear simultaneously sweet and sinister, as seen in his work "Do Not Disturb!" (1996).

A contemporary of Takashi Murakami, Nara has been influenced by popular culture in both Eastern and Western society. His versatile practice explores themes of isolation, rebellion, and spirituality through printmaking, painting, sculpture, ceramics, and installations. 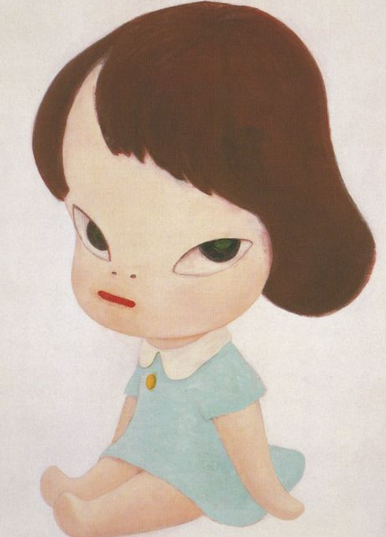