Takashi Murakami (村上 隆, Murakami Takashi, born February 1, 1962) is a Japanese contemporary artist. He works in fine arts media (such as painting and sculpture) as well as commercial media (such as fashion, merchandise, and animation) and is known for blurring the line between high and low arts.

He coined the term "superflat", which describes both the aesthetic characteristics of the Japanese artistic tradition and the nature of post-war Japanese culture and society, and is also used for Murakami's artistic style and other Japanese artists he has influenced.

One of the most acclaimed artists to emerge from postwar Asia, Takashi Murakami—“the Warhol of Japan”—is known for his contemporary Pop synthesis of fine art and popular culture, particularly his use of a boldly graphic and colorful anime and manga cartoon style. 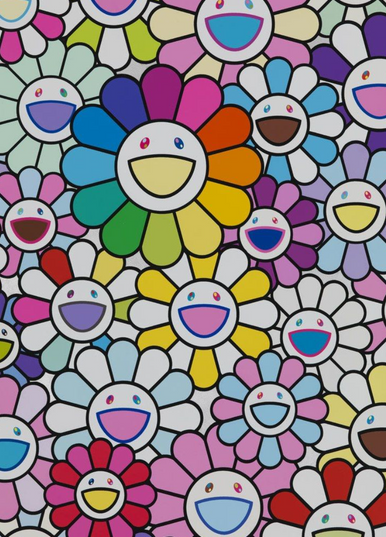